General Assemblies of EIPG
Statutory Considerations
All members of the European Industrial Pharmacists Group are called to a General Assembly at least once per year, in one of the member countries chosen by the Bureau. Each Full Member sends a delegation consisting of up to three people. The General Assembly decides on the Annual Report and the accounts for the financial year, future EIPG strategy or policy, the amount of annual fees, terms and conditions for reimbursing expenses incurred by members, new membership applications, and the appointment or reappointment of members of the Bureau. 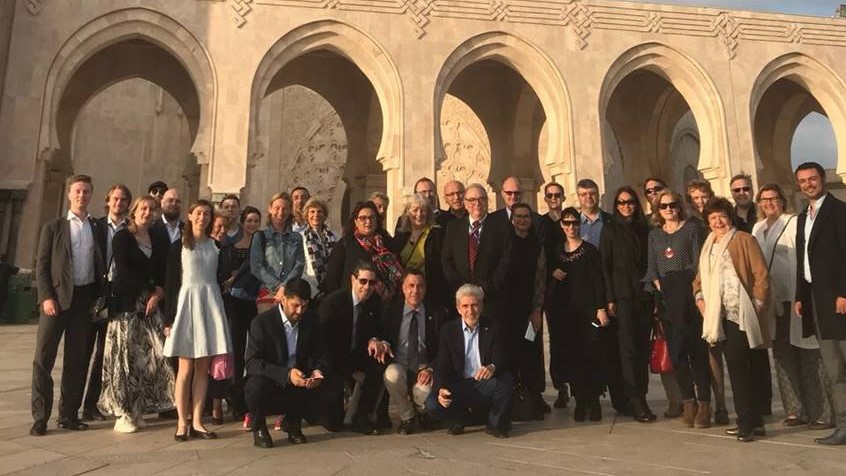 On the morning of the first day of the Assembly, the EIPG Vice-Presidents presented an overview of the activities of EIPG throughout the past year. The collaboration between EIPG and EPSA was highlighted in the report on the various educational projects, in particular Luigi Martini’s participation at the EPSA Annual Reception and the organisation of workshops and other activities by Amon Wafelman at the EPSA Annual Congress. Piero Iamartino summarised EIPG’s role in technical matters, in particular the Interested Parties Meeting at the European Medicines Agency. Updates were also presented on EIPG’s activities in connection with industrial partnerships by Maurizio Battistini, as well as developments Qualified Person Code of Conduct, Brexit, the Delegated Reguation on Safety Features, and drug shortages. This overview was followed by the presentation of the EIPG Communications Annual Report by Giorgos Panoutsopoulos, and the Financial Report by the Treasurer, Brigitte Saunier. These presentations were then followed by a SWOT Analysis of EIPG activities with feedback being presented by the delegates on EIPG’s roles and activities. 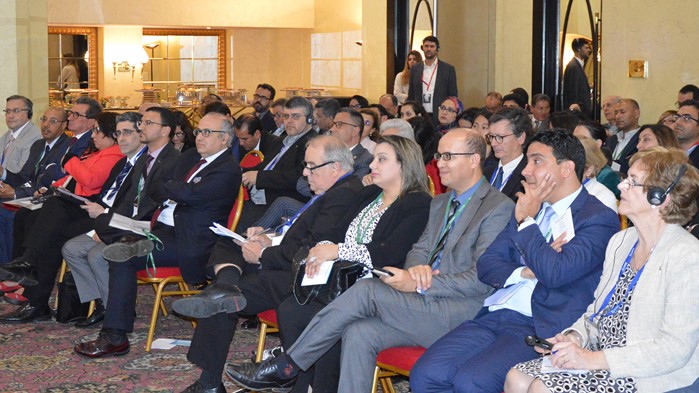 The afternoon commenced with presentations and messages from their organisations by Aida Batista on behalf of EAHP, Patrick Jongeleen and Črtomir Fleisinger on behalf of EPSA, Michal Byliniak on behalf of the Polish Pharmaceutical Chamber, and Brigitte Saunier on behalf of the French Ordre des Pharmaciens concerning the role of the Chief Pharmaceutical Officer in France. The presentations were followed by the two working groups. The first working group was led by Piero Iamartino and Martin Doell, Aesica Pharmaceutical Limited, and focused on the role of the Qualified Person in serialisation activities, and a possible . The second working group was led by Maurizio Battistini, and examined the impact of Brexit on the activities of European industrial pharmacists. Both working groups reported back to the assembly with a number of recommendations. The highlight of the evening’s social event was the presentation of EIPG Awards. Piero Iamartino was inducted as an EIPG Fellow, while Amon Wafelman was awarded the EIPG President’s Award for 2018, awarded for the key role he played in coordinating the EIPG and NIA collaboration with EPSA during the EPSA Annual Congress.

The second day of the General Assembly commenced with the presentation of the Strategic and Financial Plans for 2018-2019 by the President, Claude Farrugia. These were followed by the elections: Piero Iamartino (Italy) was re-elected to the post of Vice-President Technical and Professional Development while Maurizio Battistini (Switzerland) was re-elected as Vice-President European Affairs. Presentations were made from various countries about hot topics in the pharmaceutical sector at the national level, and ways in which EIPG could be of assistance to the membership, as well as ways in which the various countries could contribute to EIPG. The Assembly re-confirmed Hungary as the venue for the General Assembly of 2019, confirmed the Netherlands as the venue for the General Assembly of 2019, and concluded by thanking the Conseil de l’Ordre des Pharmaciens Fabricants et Répartiteurs for their efforts in hosting a successful meeting.